Reframing: Meister Eckhart’s Wisdom and the Contemplative Integration of our Lives (led by Mark Burrows)

Claims like this, found throughout Eckhart’s writings, draw us to the heart of paradox, and the reframing they suggest are the wellsprings of an integrated life. This retreat offers an opportunity to drink deeply from the source of this wisdom, engaging it through focused readings from Eckhart accompanied by meditative poems inspired by these texts. Bold, courageous and at times outrageous, Eckhart’s writings continue to be a beacon of light to those seeking to live with greater freedom and authenticity. This retreat, led by Eckhart scholar and poet Mark S. Burrows, explores this wisdom through the lens of two recent books that “translate” Eckhart’s thought in ways described by a recent critic as “brimming with passion, originality, and depth”. Come for an immersion in startlement and wonder.

Mark S. Burrows is well-known and much in demand as a retreat leader and lecturer in Europe, Australia, and the United States. A poet, scholar of historical theology with a keen interest in mystical literature, and award-winning translator of modern German literature, he currently lives between Bochum, Germany, where he teaches theology and literature at the Protestant University of Applied Sciences, and Camden, Maine. His recent publications, which accompany this retreat, include Meister Eckhart’s Book of Secrets: Meditations on Letting Go and Finding True Freedom (2019) and Meister Eckhart’s Book of the Heart: Meditations for the Restless Soul (2017), both with Jon M. Sweeney. He has also published a recent collection of poems, The Chance of Home (2018). Widely acclaimed as an interpreter and translator of Rainer Maria Rilke, he is the recent recipient of the Witter Bynner Prize in Poetry and is a member of the “Bochumer Literaten,” a circle of professional writers in the Ruhr Region of Germany. www.msburrows.com 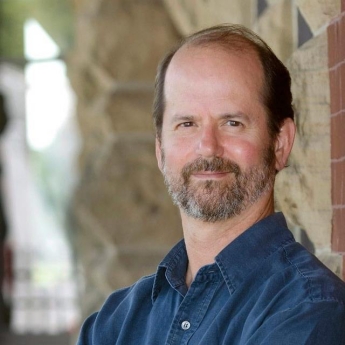