Basic Christianity: what does the “real thing” look like when all the kitsch has collapsed? FULL WEEK (led by James Alison)

In English with French translation

During the week of 20th -26th July, James will accompany us with meditative readings of scripture. From Monday evening until Thursday these will be aimed at allowing us to undergo slow shifts in our underlying narrative of what Christianity is about. Then over the weekend, more formally for the benefit of those who are only able to come for the shorter period, he will begin the task of putting together hints of a new narrative for living and understanding the Christian faith: the Gospel of Grace. There will be plenty of time for silence, for meditation led by the resident team, for sharing and for questioning. While James’ presentations will be in English, conversation, sharing and questioning can equally take place in French.

James is a Catholic priest, theologian and author. He earned his doctorate from the Jesuit Faculty in Belo Horizonte, Brazil. James has lived in many countries and works as an itinerant preacher, lecturer and leader of retreats. He is one of the principal theological interpreters of the work of René Girard (most recently as author of an introduction to the Christian faith for adults following Girard’s thought, and co-editor with Wolfgang Palaver of a handbook on mimetic theory and religion), and is a Fellow of Imitatio (www.imitatio.org). Over the years James has firmly but gently faced down Church authority on matters gay and lived to tell the tale. His writing can be accessed on www.jamesalison.co.uk When not on the road he lives in Madrid with his son, Luiz Felipe, and (canine) grandson, the French Bulldog, Nicholas. 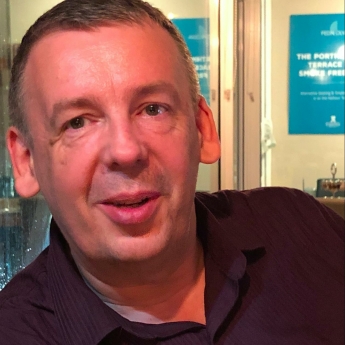