Whatever you may be doing: reconciling the accounts, transplanting leeks in the potager, making beds for the next arrival of volunteers, preparing lunch: when the bell in the bell tower rings you down tools, wash your hands and make your way to the Chapel for Meditation. At 6.15 am, 12.15pm and 6.15 pm the core community members and whoever else may be staying at the time, gather to hear a reading, recite a psalm, say the Lord’s prayer in their own mother tongue and then sit still and in silence for half an hour. The builders stop work on the Abbey during this time too and quietness descends, the only sound being the birdsong outside.

This Time of stillness of mind and body provides the backbone of life at Bonnevaux Abbey, and is the reason why this small community is living and working here on behalf of the World Community of Christian Meditation.

The Abbey is an elegant limestone manor house and still possesses its cloisters; it is set in its own park, with a small river, a lake that’s  partially silted up but full of cheerful fish, and alive with dragonflies; a collection of barns and fine stables, and a farmhouse stand close by; surrounding  the park, which is bright with orchids and a other wildflowers, are mixed woodlands full of deer and wild boar; the local natural history society has surveyed the estate and is delighted with its the biodiversity. It’s been untouched by pesticides or artificial fertilizers for half a century.

The builders and masons charged with restoring the house are specialists in important historic buildings; they’ve boxed in the wooden staircase with enormous care; all the windows have been replaced, the stone surrounds renewed. Now it’s time to do the wiring and plumbing; the rooms upstairs will be made habitable, each with its own small bathroom; downstairs they’ll install a new kitchen, dining room and library; ready to receive guests from all over the world who want to take part in Christian Meditation and the life of the Community. A large barn is being converted into a conference and meditation centre.

They need to raise another €3 million to complete the refurbishment. Father Laurence was there for two days during my stay; he has faith that with the power of prayer this amount can and will be raised. And faith does seem to dwell in this place, which is blissfully tranquil, apart from the occasional distant sound of the TGV train rushing by half a mile away. 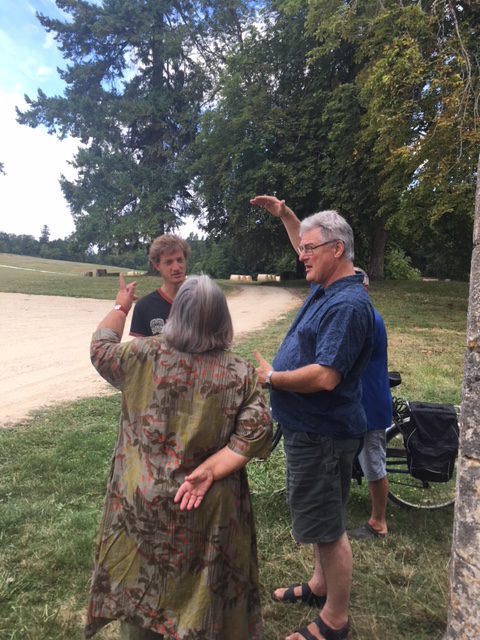 So who runs this community in its embryonic state? There are at present four core members: Andrew Cresswell, the Bonnevaux Manager, runs the show with gentle but firm authority, and leads the meditation sessions; his wife Delyth supports him and does a lot of the cooking. She sings the Magnificat with a lovely voice and says the Lord’s Prayer in Welsh. They live in an EdSpace – a kind of flatpack Portokabin – beside the Farmhouse.

David Simpson is also a much valued part of the team who can turn his hand to most things: dealing with accounts, sorting out electronic problems, fixing up a fly screen in the larder, plumbing in a toilet. He lives in his caravan by the old cow byre and has his own washing line and solar panel.

Thomas, a young Frenchman and qualified horticulturalist looks after the beautiful and fertile vegetable garden and manages the gardening volunteers, some of whom are local; thanks to his efforts, and the rich loamy soil, potatoes, beans, courgettes, cucumbers, spinach tomatoes and melons, flow into the larder in glorious abundance; there’s no shortage of good food. Thomas lives at the Gate House.

These then are the four core members, and they are helped from time to time by Henriette Hollaar, who is coordinator at the London WCCM Meditatio House in Cloudesley Square, London, and comes regularly to Bonnevaux when she can. She is multi-talented and generous in doing many things even making sure wild
flowers in vases embellish the table at mealtimes.

Rebecca currently manages the volunteers, allocating appropriate tasks to each one and doing yoga with them. She also gardens and goes shopping and stays in a spacious tent in the shade of an oak tree.

The grounds and woodlands are maintained by Jean Christophe, who has worked at Bonnevaux for most of his life.

So guests must be welcomed, fed and watered and made to feel at home when they arrive. During my short stay at the Abbey I met people who had travelled from: London, Singapore, Texas, Canada, Denmark, France and India; they arrive at Poitiers by plane or train (I came by Eurostar to Lille then TGV, an easy journey which allowed my soul to keep up with me), or they may arrive by car. Visitors come with two distinct (though not mutually exclusive) objectives: either they will sign up as a volunteer, in which case they’ll live on the premises and be assigned tasks and help with the cooking, cleaning, gardening or even surveying if they have such expertise; or they come to see the place and donate to the project. Volunteers live and eat in the farmhouse in exchange for work, while the donors usually stay elsewhere, either at a hotel in a nearby village, or at a bed and breakfast called La Cadou, a ten-minute walk away. This is where I stayed and it was very comfortable.

It might seem to an outsider like a kind of heaven but it’s not an easy life. To live with five other people who you never chose to live with; to have to welcome a new tranche of guests when you’ve only just got used to the last lot, who’ve said good bye and gone away; to get up  at 5.45am every morning for meditation when, because of the hot weather, you didn’t get to sleep until midnight; to have to be nice to everyone when you may feel like growling at them; to want sometimes to eat alone, or even live alone; sometimes to sleep all day or take a break from all this prayer; the never-ending jobs to be done, just keeping the place running smoothly.  But David says that for all the little tensions and irritations, and the inevitable tiredness, there is redemption: meditation allows frictions to be ironed out, smoothed away.

And of course there is the beauty of the place; swallows swooping by day, bats by night; the rhythmic call of the crickets; frogs plopping into the lake, musk rats dabbling in the shallows, dragonflies glinting like jewels, fish making rings in the lake. Eating and drinking convivially with fourteen others at a trestle table, in the shade of three vast plane trees. Herons flapping slowly home to the heronry for the night; and then, after supper, croquet on the lawn in front of the fine old house, mellow in the sunset; it seems to be quietly accepting its new role as a centre for meditation, perhaps recalling its former sacred dispensations when it was a Benedictine monastery, founded in the 12th Century.

And three times a day the people come together in the chapel, listen to a parable, chant a psalm, and allow the stillness to settle around them.

All will be well and all manner of things will be well, at Bonnevaux Abbey near Poitiers. 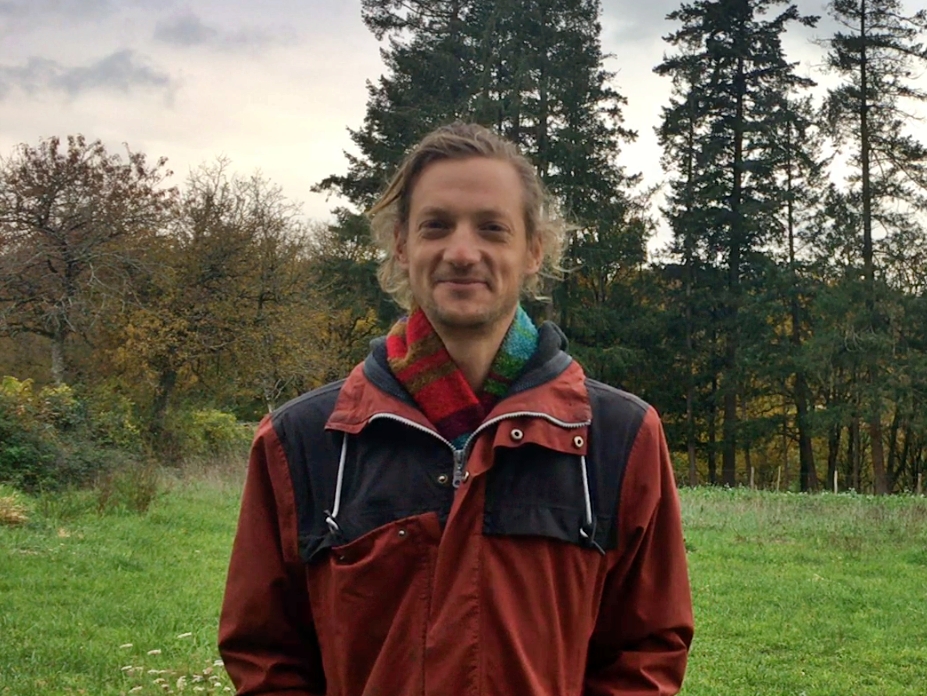 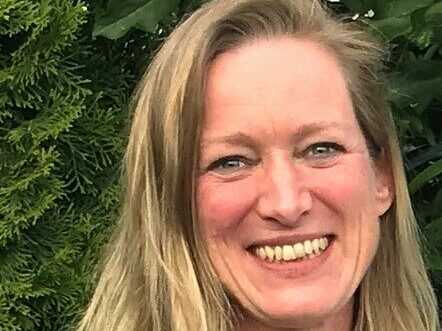 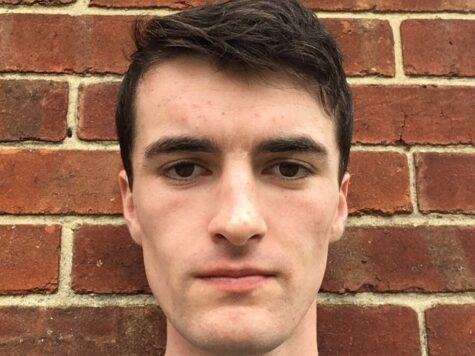